WATERTOWN — A housing organization affiliated with Neighbors of Watertown Inc. has obtained $350,000 in state money to rehabilitate about nine owner-occupied houses scattered throughout Jefferson County.

North Country Affordable Housing Inc. will use the funding to assist home owners complete an array of improvements, which includes removing lead from homes, roof work and heating and electrical upgrades.

Gary C. Beasley, Neighbors’ executive director, said he was pleased with the news.

“We’ve been waiting to hear about two or three applications we had,” he said.

Stressing “it’s based on need,” Mr. Beasley hopes that home owners can apply for the financial help in the spring and that the improvements would be completed next summer. The state funding provides up to $40,000 per dwelling, state officials said.

Gov. Andrew M. Cuomo announced on Tuesday nearly $8 million to construct, rehabilitate and improve the homes of 295 income-eligible families across the state under the program.

The North Country Affordable Housing Inc. money will be used in conjunction with an $850,000 grant award that Jefferson County is receiving through its Community Development Block Grant program. An additional 20 to 25 units in the region will get home improvements through the county’s CDBG program, he said.

You may also read this story on www.watertowndailytimes.com 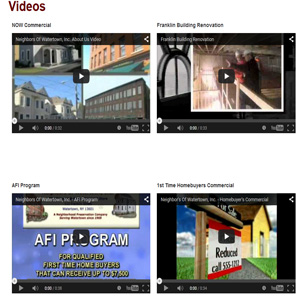